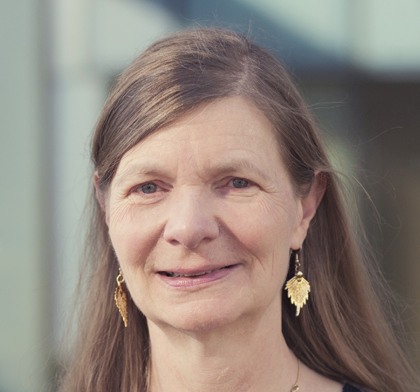 The Eleventh Max Perutz Prize of the European Crystallographic Association (ECA) is awarded to Professor Elspeth Garman from the Department of Biochemistry, University of Oxford, UK.

The Max Perutz Prize is awarded in recognition of Elspeth Garman’s invaluable contribution to the field of macromolecular crystallographic methods by developing tools and methods for improving the quality of diffraction data. She has made pioneering and outstanding contributions to the development of cryo-crystallography, by advancing methods for facilitating the cryo-cooling of protein crystals in the laboratory and at synchrotron sources, which have become routine standard procedures in structural biology but have also been successfully adopted by chemical and material sciences communities. She also developed methods for monitoring and mitigating radiation damage in protein crystals, enabling her to provide a detailed scientific understanding of the physics and chemistry of radiation damage.

Elspeth Garman’s science has also been much involved in the elucidation of many important biological structures, among others, the structures of neuraminidases linked to pandemic influenza viruses and bacteria.

Elspeth Garman received the Prize at the Opening Ceremony of the 32nd European Crystallographic Meeting in Vienna (Austria) on 18 August 2019. 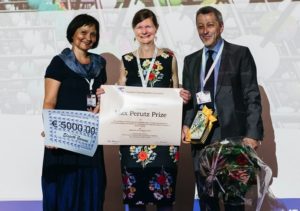