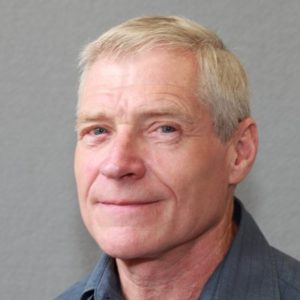 The twelfth  Max Perutz Prize of the European Crystallographic Association  (ECA) is awarded to Emeritus Professor William Clegg from the School of  Natural and Environmental Sciences at Newcastle University, United Kingdom.

William (Bill) Clegg has made a tremendous impact in crystallographic science and education during a career spanning nearly five decades starting at the days that structures were still solved from photographic films until recent years during which data could be collected within a few minutes thanks to hybrid pixel detectors and multilayer optics.

Bill Clegg has been a pioneer since the mid-1990s in the development and exploitation of small-molecule and inorganic single crystal diffraction at the Daresbury synchrotron which has been a model for many single-crystal synchrotron beamlines around the world. He also realized the importance of wide-ranging access to the Daresbury and later the Diamond Light Source facilities by initiating and directing the UK national service for synchrotron chemical crystallography from 2001 to 2010.

The influence of this work for the advancement of science can hardly be underestimated in view of the stunning number of often very well cited publications that have resulted from data collections carried out at ‘his’ beamlines, whether these publications were (co)-authored by him or not.  The diversity of the topics of these studies in connection with the crystallographic structures is as stunning as their number:  blending gelators, dye-sensitized solar cells, metal-organic and cationic inorganic framework structures, pendulum pentacoordinate silicon complexes, polyhedral oligomeric silsesquioxane structures …

Bill Clegg is equally well known for his unusual strong commitment to crystallographic teaching. He was part of the organisation and teaching team at 16 intensive X-ray structure analysis courses of the British Crystallographic Association and has participated as teacher to numerous crystallography schools outside the United Kingdom. Generations of European crystallographers have attended these meetings where he taught basic and less basic crystallography with enthusiasm and authority. He wrote the 114 pages of the X-ray Crystallography Oxford Chemistry Primer – thousands of copies sold – which served as the basis for many undergraduate courses in diffraction.  He also presented his educational views at the congresses of the European and American Crystallographic Associations with splendid titles as  “Teaching new dogs old tricks“, “What I learnt from my first structures” and “Opening the black box“;  the conference rooms were often too small to accommodate the attendees for these lectures.

Bill Clegg is undoubtedly at the heart of European crystallography, being also involved in ECA’s senior crystallographers’ general interest group and before as ECA Individual Member representative to ECA’s Council. Needless to say that the largest hall at the Palais des Congrès in Versailles will be reserved for Bill’s Perutz prize lecture during the opening ceremony of the 33rd European Crystallographic Meeting!