The International Year of Crystallography has been a big success that we cannot be lost. The IUCr has released a resolution initially by representatives of the IUCr, UNESCO, TWAS, ICSU Regional Office for Africa, IUBMB and IUPAP with a forward-looking focus on how to sustain momentum and build on the success of the Year. The full text of the resolution is available here.

ECA supports young participants to Laboratory and synchrotron X-ray crystallography in Senegal - The ECA will provide grants to support the participation of young reserachers to the IUCr-IUPAP-ICTP OpenLab in Senegal next 20 November  – 2 December 2017 (https://www.iycr2014.org/events/openlabs/iucr-iupap-ictp-openlab-senegal). The ECA is strongly committed to encourage the development of a network of active crystallographers in Africa and is particularly aimed to favour young researchers who are eager to improve […] 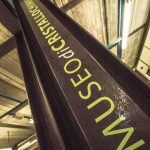 A Museum of Structural Chemistry opened in Parma - A new Museum showing the beauty of crystallography has been inaugurated at the University of Parma. The exhibition covers different aspects of crystallography and it is particularly focused on the connection between crystals and daily life, medicine, nutrition, advanced materials, with the aim to highlight the importance of structure in understanding chemistry. The Museum displays […] 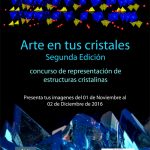 Art inside your crystals - Since ancient times, crystals have captivated humankind. However, the beauty of crystals is not only found on the outside but also on the inner structure. The arrangement of atoms or the stacking of molecules displays also perfection and harmony that are constantly surprising us. Crystal structures, solved by X-ray diffraction, have allowed scientists to explain […] 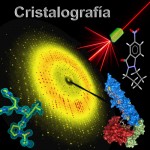 Excellent site to start learning Crystallography - The Crystallography group of the IQFR (CSIC, Madrid) has been for many years editing a very good site with lots of well-curated teaching materials on crystallography. These materials are available under a Creative Commons License at http://www.xtal.iqfr.csic.es/Cristalografia/index-en.html 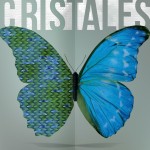 CRISTALES, a world to discover - 2014 has been declared the International Year of Crystallography by the General Assembly of the United Nations. As the UN resolution itself recognises, crystallography is the science that has enabled the material understanding of our world and that is crucial to facing the challenges that humanity’s development inevitably entails. However, for the majority of citizens […] 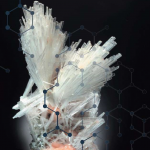 CRISTALLI! - Crystals – known to everybody as gems, snow crystals, or salt grains – are widespread in the nature around us. The investigation of their structure and properties means looking inside the intimate of atom geometries – a look contributing to the scientific development of chemistry, solid state physics, Earth sciences, and even, surprisingly, biology and […] 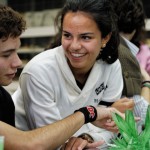 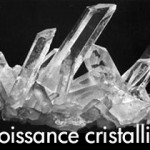 Concours National de croissance cristalline - Based on previous experiences done at the regional level in the last years, a French national crystal growth competition for high-school students is planned for 2014 on the occasion of the International Year of Crystallography. 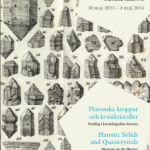 Platonic Solids and Quasicrystals – Moments in the History of Crystallography - This year’s exhibition at Carolina Rediviva, Platonic Solids and Quasicrystals, is all about crystallography and shows how this science has been perceived over time. By collaborating with the Museum of Evolution at Uppsala University, we can exhibit books side by side with real crystals, models of crystals and instruments that have been used to measure […]

L’enigma Escher - “L’ENIGMA ESCHER- PARADOSSI GRAFICI TRA ARTE E GEOMETRIA” is the title of a major retrospective exhibition of the work of Maurits Cornelis Escher, on display in Reggio Emilia until 23 March 2014. The exhibition presents the work of the Dutch graphic artist from his debut on the scene to his latest years, bringing together 130 […]