Skip to content
Home » Frontpage » The history of the ECA logo

The European Crystallographic Association, formally established at the meeting of Lisbon in 1997, elected its first president of the Association, prof Carmelo Giacovazzo (ECA president 1997 – 2000). He was also the Director of the Institute of Crystallography, CNR in Bari, Italy, known at that time as Instituto Di Ricerca per lo Sviluppo delle Metodologie Cristallografiche (IRMEC, Bari, Italy). 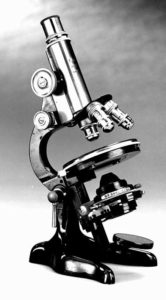 Carmelo undertook to develop and publish the first issue of ECA news on line as a new tool for improving the way researchers’ ideas were shared and circulated amongst members of the Crystallographic Community.

For this reason, Carmelo approached me to assist in the development of the web pages hosted by the web server of Bari research area. It became necessary to create a logo for ECA. Initially, we were looking to create a temporary logo till a permanent one was developed. My idea was to have a simple logo that was meaningful and included the ECA acronym. 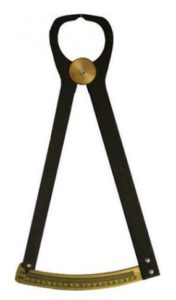 To draw the logo the AutoCAD relese14 software was used. The combination of letters E, C and A in the logo was achieved by using the image of significant old tools used at the beginning by crystallographers, an old light microscope (Fig.1) , an angular compass (Fig.2) and Carangeot goniometer (Fig.3). As for the choice of ‘blue’ in the logo, this was completely arbitrary, simply I liked ‘blue’ as a neutral colour and at that time most of web typeface were in shades of ‘blue’ (Figure 4)

Initially, in 1998, the webpage was published in the above mentioned address. Carmelo sent an e-mail out to announce its development and publication (the first announcement of the ECA news web site) ). 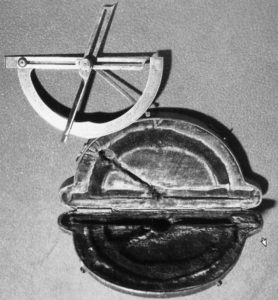 Figure 3. The application goniometer as designed by Arnould Garangeot

The e-mail still exists in the CCP4 bulletin board archive. In fact, there is  an e-mail forwarded by Dr. Denis Verger, at that time, Research School of Chemistry, Australian National University, Canberra, Australian. The e-mail in the archive confirms that the first issue was prepared by Carmelo and myself, whilst the following issue was entrusted to Prof. Gianluca Calestani (Parma University, Italy). Below is a copy of the original e-mail:

we have now a  new tool for improving the circulation of our ideas inside the Crystallographic Community. This is ECANEWS. Please visit the web page hosted in Bari.

There is a wide information on ECA activities: the column LETTERS  may be used  to debate ideas, rules,etc..

I hope you will find useful such a newspaper. This first number has been created by Dr. Dritan Siliqi and by myself. The next issues will be entrusted to Prof. Gianluca Calestani, as stated in ECANEWS. To contact the editor one can write to ecanews@xxxxxxxxxxxxxx

Please communicate to the Crystallographers of your country the existence of ECANEWS so that any crystallographer can make use of it.

With my best regards,

Complementary information by Arie van der Lee: In May 2021 ECA’s Executive Committee planned a series of remote lunchtime webinars. The organizing committee – composed of people from the Young Crystallographer’s General Interest Group – asked me if I could provide them an ECA logo in vector format. I contacted Dritan Siliqi who wrote me back that the original AutoCAD file was lost. I tried to re-vectorize the logo using tools available in Inkscape, but the results were not convincing. I therefore decided to re-design the logo from scratch in scalable vector graphics format (svg). Although the final resul is very close to Dritan’s original design, there are tiny color differences. The logo in svg format was  adopted as the official ECA logo during the meeting of the Executive Committee in Zagreb on the 30th of April, 2022, and placed on the ECA Wikipedia page under a Creative Commons Attribution-Share Alike 4.0 International license.

It is noted that the current ECA website mostly uses a green-shaded ECA logo. The official logo in vector format (svg) can be downloaded here.