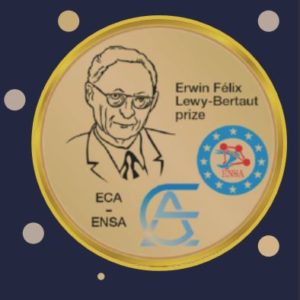 The European Neutron Scattering Association (ENSA) and the European Crystallographic Association(ECA) invite nominations for the Erwin Felix Lewy Bertaut Prize 2023. The Prize is awarded in recognition of notable experimental, methodological or theoretical contributions to the investigation of matter, using Crystallographic or Neutron Scattering methods.

The prize winner will have the opportunity to present his/her work, Bertaut Prize Laureate Presentation at the Award ceremony. Nominations for the prize will be treated in confidence and, although they will be acknowledged, there will be no further communication.