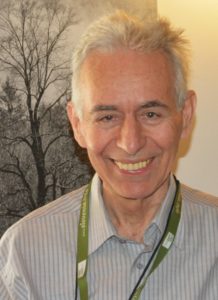 With great sorrow we inform the crystallographic community that our colleague Academician Stanko Popović, Professor Emeritus, passed away on December 17, 2020 at the age of 83.

Stanko Popović was born in Čitluk, Croatia, in 1938. He graduated Experimental physics from the Physics Department, Faculty of Science, University of Zagreb (UniZg), Croatia in 1961, where he obtained the MSc degree in 1965, and PhD in Physics in 1968. In the period 1961─1987 he worked at the Ruđer Bošković Institute, Zagreb, where he was promoted to Senior Scientist in 1979. At the Ruđer Bošković Institute, he was the Head of the X-ray Laboratory. In 1987 he was elected to the position of Full Professor at the Physics Department, Faculty of Science (UniZg). From 1996 till retirement in 2008 he held a Permanent Full Professor position at the same Faculty. In 2011 he was appointed Professor Emeritus. Since 2004 he was a full member of the Croatian Academy of Sciences and Arts.

Professor Popović specialized at the Metallurgy Department, University of Manchester, and was a visiting professor at the Slovak Academy of Sciences, Bratislava, and at Martin Luther University, Halle.

Stanko was a scientist with very broad knowledge and a pleasant personality. His friends and colleagues in the crystallographic community will miss him very much.