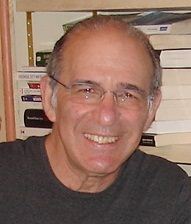 Joel Bernstein was born on September 12, 1941 in Cleveland, Ohio, son of Philip and Florence Bernstein. He obtained his B.A. degree in chemistry from Cornell University (1962), M.Sc. (1964) and Ph.D. in physical chemistry (1967) from Yale University with Prof. Basil G. Anex, working on the solid-state spectroscopy of organic compounds. Following two-year postdoctoral stints in X-ray crystallography with Ken Trueblood at UCLA and in organic solid-state chemistry with Gerhardt Schmidt at the Weizmann Institute of Science, he joined the Department of Chemistry of the newly established Ben-Gurion University of the Negev. Later he became the Barry and Carol Kaye Professor of Applied Science at Ben-Gurion University. 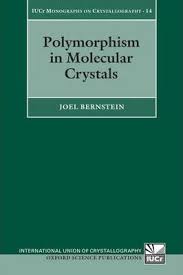 In recent years, he focused on polymorphism of molecular crystals and crystal engineering, using the tools of supramolecular chemistry and the design and preparation of co-crystals of organic molecules. His group made significant progress in developing a successful strategy for the controlled preparation of co-crystals with a pre-designed structure by recognizing and utilizing specific intermolecular interactions. Their studies involved a statistical analysis using the Cambridge Structural Database, high level molecular orbital calculations, and proof-of-concept experiments on prototypical model compounds. Many subsequent experiments, designed to exploit the principles demonstrated by the proof-of-concept experiment, were successful while others produced unknown crystal forms.

Joel was a member of many Editorial or Advisory Boards of scientific journals, including the Israel Journal of Chemistry, Structural Chemistry, Zeitschrift für Kristallographie, Crystal Engineering, Crystal Engineering Communications, Crystal Growth & Design, Journal of Pharmaceutical Sciences, and Oxford University Press/International Union of Crystallography Book Series. He served the scientific community as President of the Israel Crystallographic Society, as the Israeli representative to the European Crystallographic Committee, Chairman of multiple international meetings, symposia, summer schools, and international prizes committees. He was an active member of the community of European crystallographers, and a driving force in the formation of the European Crystallographic Association (ECA) and the establishment of the ECA prize (now the Max Perutz Prize).

On the personal level, Joel was a true colleague and friend, and his vivid personality and rolling laughter will be remembered by his many friends. He spoke enthusiastically about solid-state chemistry, crystallography and polymorphism, as well as other subjects of science. He was a gifted lecturer who attracted large audiences to packed lecture halls.

The Israel Chemical Society, the entire community of Israeli scientists and the world of science mourn the loss of a great scientist.