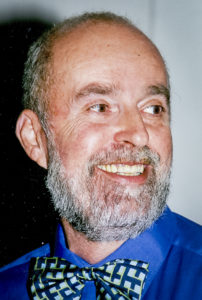 Juraj Sedlacek, 78, passed away on September 1, 2021 after a valiant battle with cancer. He was born in Slovakia on August 4, 1943, and he never missed an opportunity to emphasize that gun salvos fired on that day in Moscow were not only a tribute to the victory at Kursk but also to his birth.

Juraj started his education at the Czech Technical University, Prague, where he obtained an M.Sc. degree in nuclear physics. After that a rich scientific career followed. Juraj was among the pioneers of recombinant DNA technology and molecular biology in Czechoslovakia/Czech Republic, and he advised and educated a number of PhD students. He was instrumental in establishing the first protein crystallographic facility in the Czech Republic in the year 1998 at the Institute of Molecular Genetics of the Czech Academy of Sciences in Prague.

Juraj was also an important member of the Heart of Europe crystallographic community since the very first meeting in 1998, and he personally participated in almost all HEC meetings.

But above all, Juraj displayed a kind, generous and witty personality for which he will be remembered and sorely missed by his friends and colleagues.